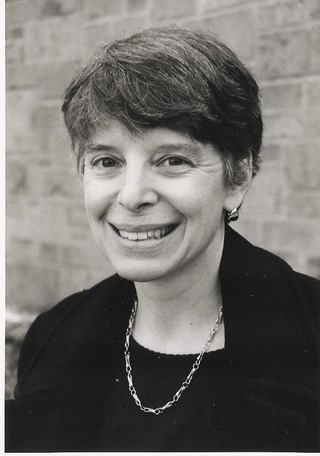 Janna Malamud Smith is a writer and psychotherapist. She is the author of four books, Private Matters: In Defense of the Personal Life (1997), A Potent Spell: Mother Love and the Power of Fear (2003), My Father is a Book: A Memoir of Bernard Malamud (2006), and An Absorbing Errand: How Artists and Craftsmen Make Their Way to Mastery. Her articles and essays have appeared nationally and internationally in newspapers, magazines and literary journals including The New York Times, The Boston Globe, The International Herald Tribune, The Christian Science Monitor, American Scholar, Family Circle and The Threepenny Review. Ms. Smith was born in Corvallis, Oregon, and, after moving east as a nine-year-old, lived briefly in Vermont before settling in the Boston area. She studied American History and Literature in college, and then pursued a graduate degree in clinical social work. Smith continues to work part-time as a clinical social worker, mostly now teaching psychotherapy in a hospital-based department of psychiatry, as well as in private practice. She is married, and the mother of two children.

An Absorbing Errand: How Artists and Craftsmen Make Their Way to Mastery
"[A] comprehensive, insightful, and articulate guide for everyone who has ever attempted to make art." --San Francisco Chronicle
My Father is a Book: A Memoir of Bernard Malamud
"Beautiful...A must for anyone interested in the work of Bernard Malamud, or the writer's life..." Mary Gordon
Private Matters: In Defense of the Personal Life
“a gorgeously written anecdotal cultural history of the emergence and the fragile sanctity of the modern creative self…”
-The New York Times Book Review
A Potent Spell: Mother Love and the Power of Fear
“reads like a deep, intelligent conversation with a valued woman friend.”
--Ottawa Citizen